As a young man, I helped skilled carpenters roof our church. The carpenters took the roofing tack, set it on the shingle, and drove it through to the plywood roofing material in one smooth motion. This action was repeated four times per shingle for every run. The shingles were triple lapped at the tack location.

What I came to understand is that the tacks served as the shear connection between the shingle and the roofing. The roofing system was enhanced as the shingles’ asphalt strips heated and melded the shingles together. It formed one consistent shell that protected the underlying roof and building beneath. Years later, when someone mentions tack in an asphalt paving or pavement preservation context, I think of roofing tacks. For all intents and purposes, they are very similar.

Tack is the shear connection between the existing pavement and a new bituminous layer being installed. Asphalt tack is a significant matter when applying pavement treatments, particularly with thin asphalt lifts where the shear stress is greater at the layer interface.

A proper tack application results in treatments less prone to slippage, shoving, and delamination. The FHWA determined that tack application is one of the most important surface preparation techniques. The International Slurry Surfacing Association recommends that tack be applied in advance of slurry seals and microsurfacing if the existing surface is significantly weathered. This requires some judgment to determine, but my recommendation is to err on the side of adding tack to your application or at least discussing whether tack is needed with the contractor.

Proper tacking requires a calibrated application of asphalt material, applied in a uniform manner to work consistently in every pavement application. 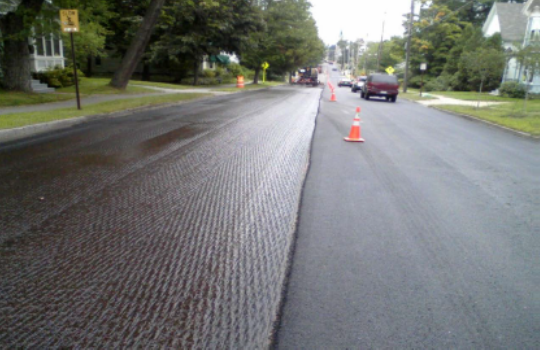 To get a proper application rate, the contractor must calibrate the distributor to assure the proper alignment and sizing of spray nozzles and achieve a consistent tack coating across the width of the pavement. Most experts recommend either a double or triple overlap of tack materials. This requires the spraybar to be set at the proper height. The contractor tests the tack distributor in advance of starting the paving job to make sure that the equipment is operating at the proper pressure to maintain flow rates as the material is applied to the roadway. 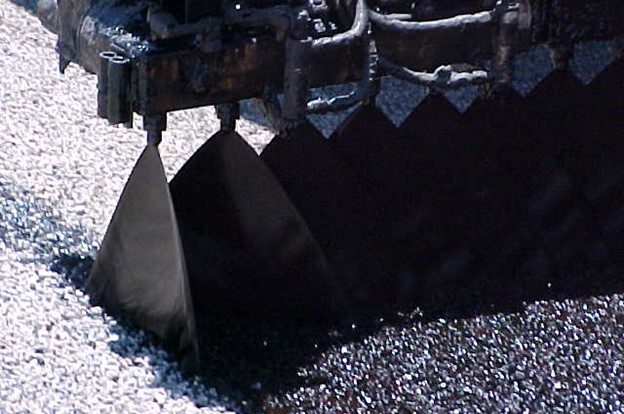 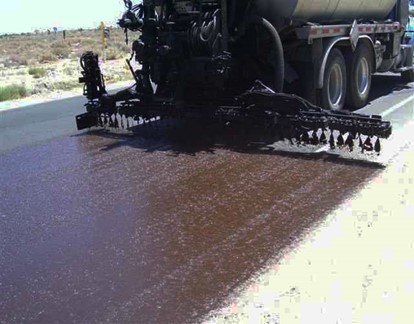